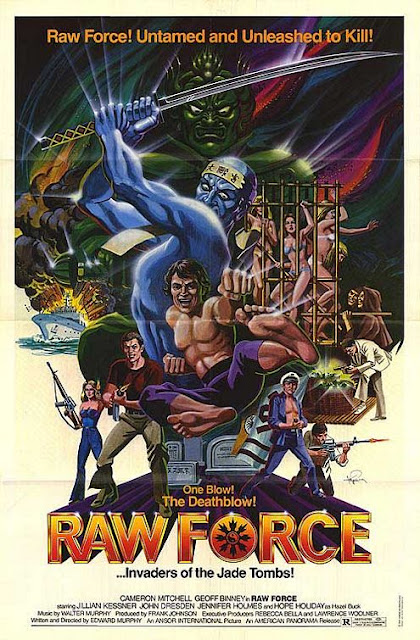 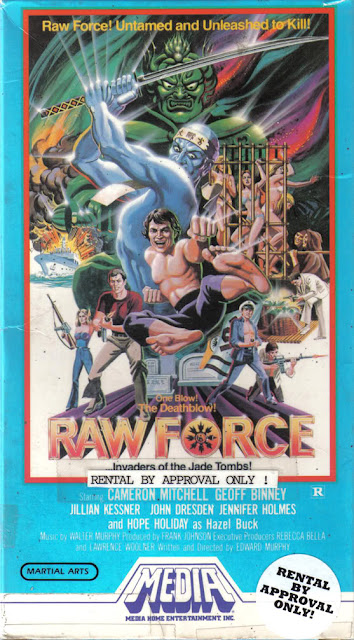 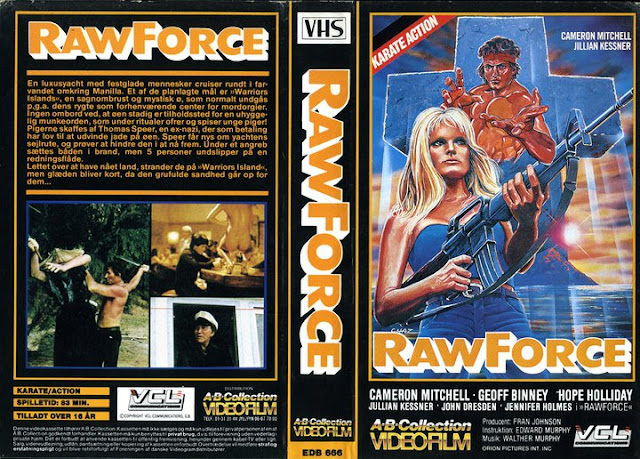 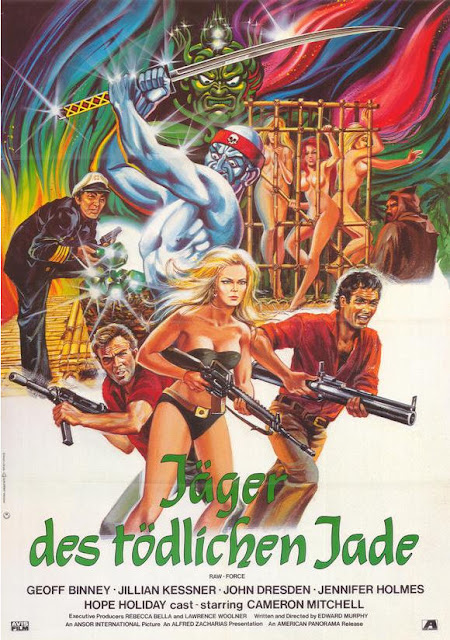 Every single minute of this movie is entertaining, and that's a rare feat even for the best exploitation films I can think of. They throw everything possible at you in just over 80 minutes - ninjas, zombies, cannibalism, a clearly drunk Cameron Mitchell in a ship captain's uniform (of course his ship sinks), gratuitous naked cameos from Camille Keaton (I Spit On Your Grave) and Jewel Shepard (Return Of The Living Dead), beheadings, a whorehouse called The House Of A Thousand And One Pleasures, and an effeminate Nazi villain with a Hitler moustache who wears white leisure suits and says things like "Cooper! Strip de women!"

Just as I was thinking this movie needed a shark attack to make it complete, they give us a piranha attack instead. This is an absolute gong-show of a movie and one of the best pieces of trash I've ever come across.
Posted by Jeremy Milks at 9:23 PM No comments: