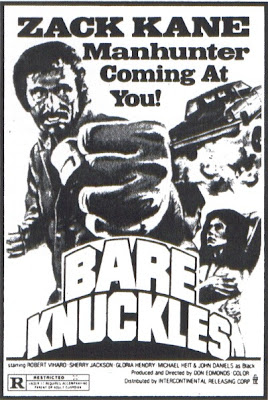 Pretty much a perfect trailer. I haven't seen this film so I can't comment on its quality but this type of clip is what this site is all about. It's so perfectly of its time that it could have been one of those fake trailers as seen on Tarantino's "Grindhouse" film.

Don Edmonds is the guy who directed the notorious "Ilsa" films: "Ilsa, She Wolf Of The SS" and "Ilsa, Harem Keeper Of The Oil Shieks", so you know that exploitation cinema is his stock-in-trade.

Gloria Hendry, of course, was a big star in some of the biggest and best blaxploitation films of the 70's such as "Black Caesar" (with Fred Williamson), its sequel "Hell Up In Harlem" and "Black Belt Jones (with Jim Kelly).

Anyways, enjoy. This is what it's all about.
Posted by Jeremy Milks at 6:34 PM