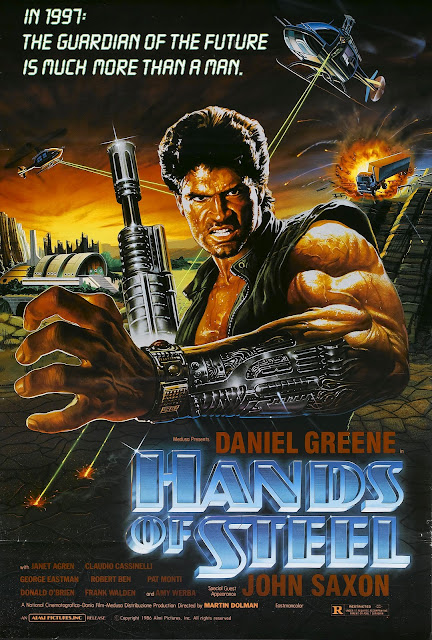 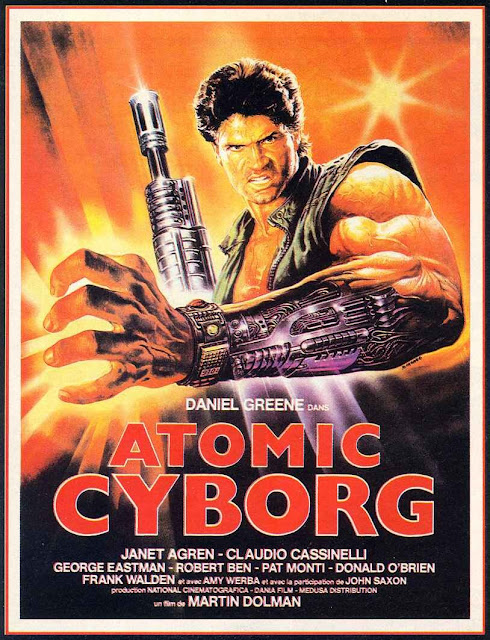 "Everytime I watch it I have a new favourite scene, but this time it was George Eastman endlessly taunting Paco Queruak to arm-wrestle, until Paco decides to respond by grabbing a marker, writing something on Janet Agren's marble counter-top, ripping a huge chunk of that same marble counter-top off with his bare hands and throwing it at Eastman. The piece of marble says "You're On". This is genius. Random but genius.

Another great moment is John Saxon wielding a ridicoulously huge laser gun and keeping a straight face. A classic piece of Italian trash that's just as entertaining as The Terminator, the film it rips off."
Posted by Jeremy Milks at 10:41 PM