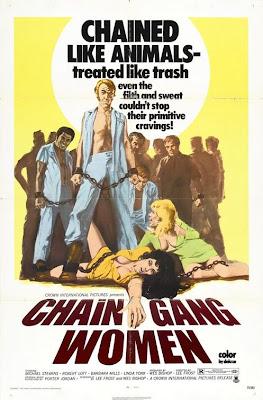 A fairly low-brow prison break movie with some misleading advertising. This is not a "women-in-prison" film, but as DVD Verdict states, a "bargain basement Cool Hand Luke". Lead actor Michael Stearns had a bit part in Battle For the Planet Of The Apes two years later.