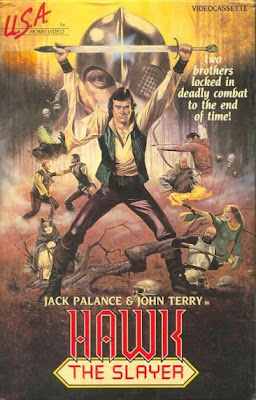 Except this British helmed film was only shown in America on television and has managed to become a cult favourite thanks to it's light-hearted take on the genre and some decent F/X and set design despite a typically low budget.

Palance is great fun to watch in everything he did, whether it was Hollywood drek, Italian crime or westerns, or odd one-offs like this one.
Posted by Jeremy Milks at 8:57 PM