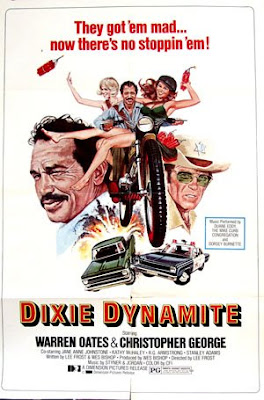 This one stars two my favourite actors in Warren Oates (Race With The Devil) and Christopher George (City Of The Living Dead).

Pretty good 70's road fare, especially if you like Dirty Mary Crazy Larry, Vanishing Point, Smokey and the Bandit, Race With The Devil etc.
Posted by Jeremy Milks at 9:59 PM

Congratulations for your blog, I put it in my blog in my list of blogs to visit. I invite you to mine if you want to visit it. Good Job.
Bye

Wow...your post is very interesting and all your pictures in your post are very cute and funny...Also, its very thrilling to known about more and more...Thanks for that...