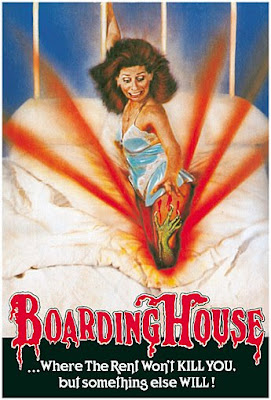 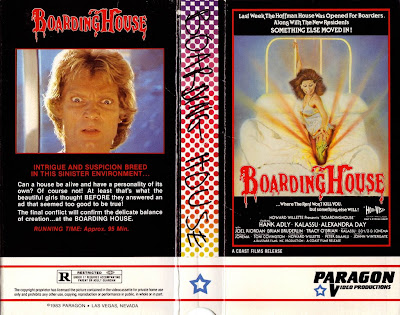 A shot-on-video cheapie (when shot-on-video was a true rarity) from the golden age of the slasher genre. This one actually had a limited theatrical run but some reports say it was originally supposed to be a comedy but was edited into a straight slasher/horror pic by distributors.

This was given a DVD release by Code Red so it's available to be seen by grindhouse freaks the world over.

Hilarious trailer with some truly bizarre scenarios and imagery. Enjoy.
Posted by Jeremy Milks at 7:55 PM