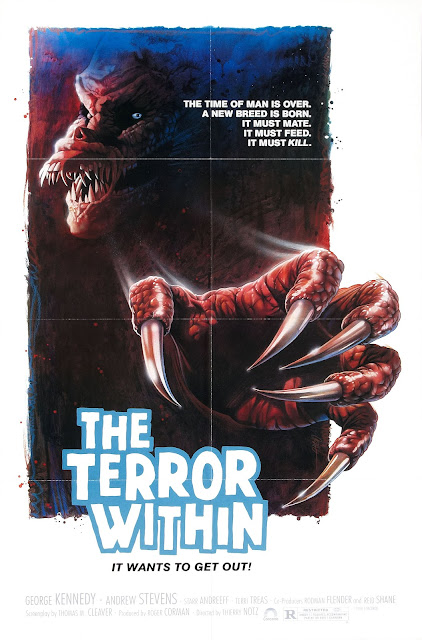 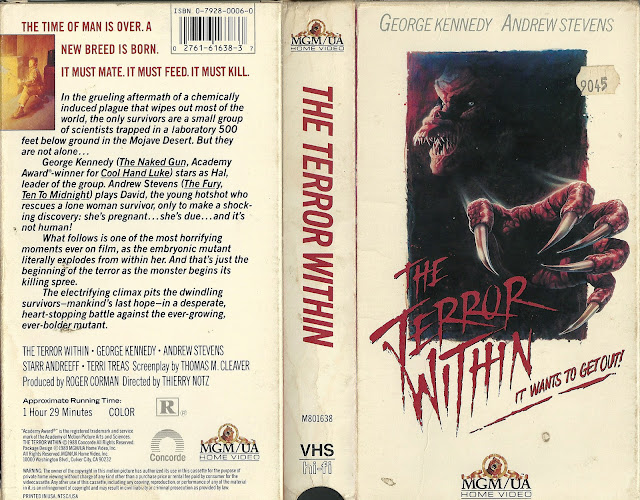 This is the Roger Corman-produced take on "Alien" that probably blew its entire budget on the rubber monster and one good sci-fi set.

The lack of a voice-over hurts this trailer a little (maybe they couldn't afford it!) but it's packed with some decent monster beast chaos and a respectable burning man stunt.