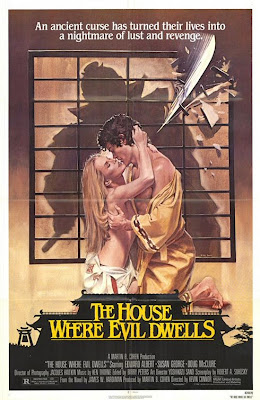 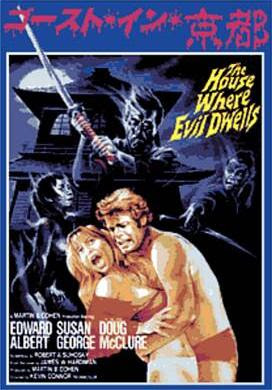 A great trailer for a largely forgotten film that is a sort of precursor to J-Horror mixed with a little "Shogun Assassin". The ghost effects are actually creepy and we get a spider gag that looks right out of Lucio Fulci's "The Beyond".

Susan George (Dirty Mary, Crazy Larry) co-stars in this one before devoting most of the rest of her career to television gigs. Director Kevin Connor did much the same after this but he was also responsible for the notorious slasher flick "Motel Hell" just two years previous.

I'm pretty sure this DVD is still in print from MGM if you want to track it down.
Posted by Jeremy Milks at 7:14 PM