A Cat In The Brain (1990) aka Nightmare Concert 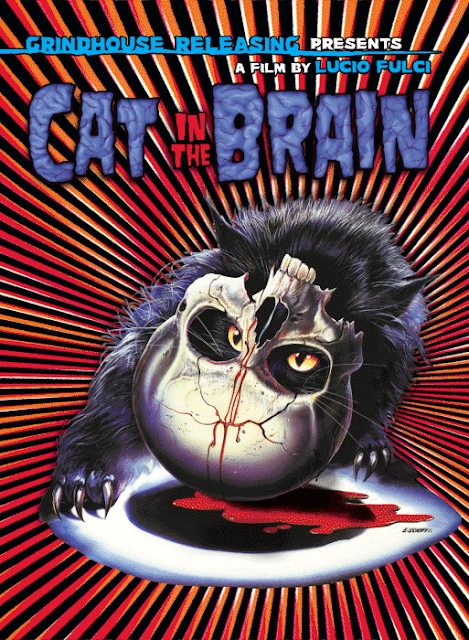 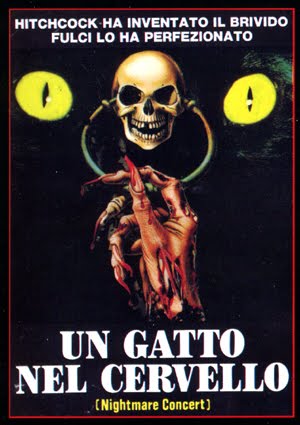 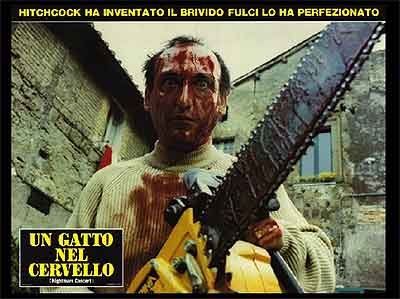 Technically not Fulci's last film, but A Cat in the Brain is his last real memorable one and it is a total blast of gore drenched insanity starring the auteur himself.

It was also remarkable in that it came after two total duds in the made for TV films "Sweet House Of Horrors" and "House Of Clocks". In a way, Cat In The Brain probably owes it's ferocity to the constraints of television Fulci had recently experienced but it is much more than that.

Fulci lashes out at his morally outraged critics and scolding psychiatrists who hounded the director all throughout his lengthy and outrageous career. Despite all the severed heads and hacked off limbs, this is a high concept, Fellini-type film where Fulci plays himself, making this a sort of hyper-violent "8 1/2".

To expect this film to be as good as something like "City Of The Living Dead" (still my favourite Fulci film) or "The Beyond" is not realistic, but for latter day Fulci, this is as good as it gets.

Grindhouse Releasing has just put out a double disc DVD of Cat In The Brain with all sorts of extra Fulci content such as interviews and convention footage.

Go get it while you can.
Posted by Jeremy Milks at 8:31 PM

I agree. City Of The Living Dead is Fulci's masterpiece. The Beyond is great but it is almost too gonzo. City is drenched in atmosphere and is a bit more serious.

Hard to beat the doomy ending of The Beyond though.

My top 5 Fulci films in order:

1. City Of The Living Dead
2. Lizard In A Womans Skin
3. The Psychic
4. The Beyond
5. House By The Cemetery