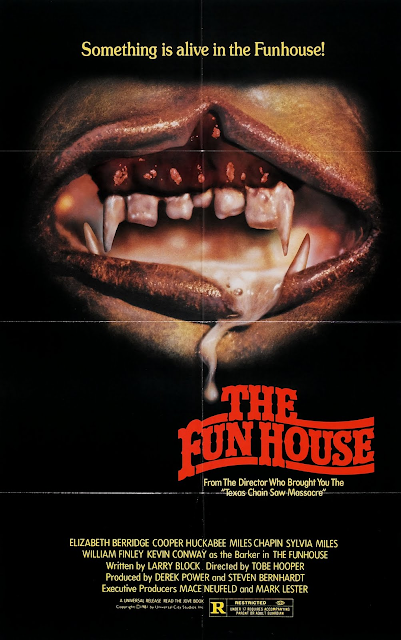 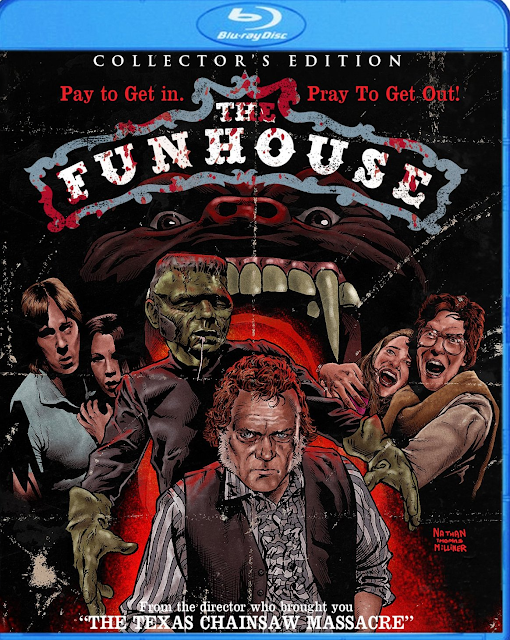 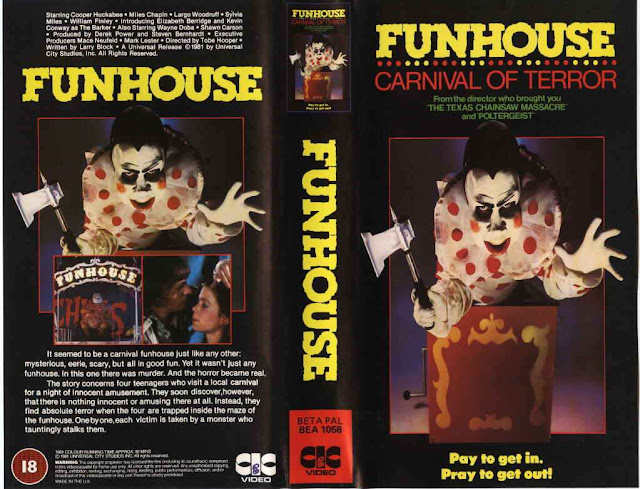 I've seen this film many times over the years and am always struck by its Saturday afternoon throwback style. Despite its rather gruesome poster, The Funhouse was fairly tame for the period that it came out in and is filled with old-fashioned scares.

Hooper would hit it big with Poltergeist the next year, further removing him from his counter-culture past as the helmer of the iconic Texas Chainsaw Massacre in 1974.
Posted by Jeremy Milks at 6:14 PM