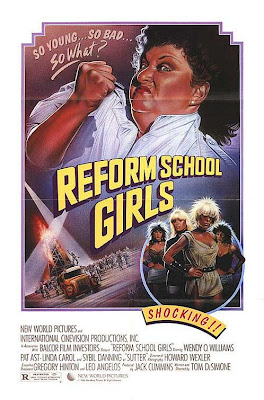 This film could very well be held up as the definition of trash cinema. Yet this had major studio backing and grossed a respectable 2 million at the box office.

Just as the trailer indicates, this film is totally over the top and it's hard not to have a good time watching the likes of Williams and Pat Ast snarl their way through ridiculously campy performances.
Posted by Jeremy Milks at 5:44 PM