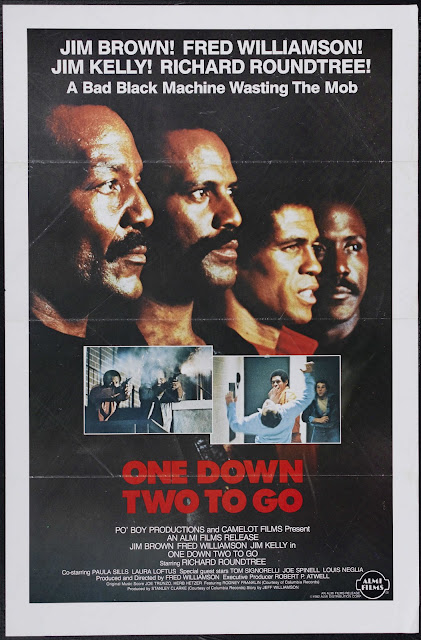 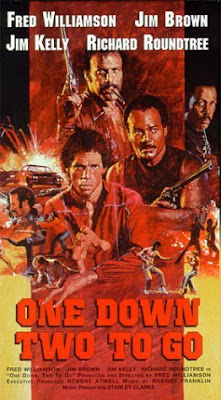 This film brings back three of the stars of 1974's "Three The Hard Way" and adds Richard "Shaft" Roundtree as well as the always great Joe Spinell who, of course, starred in the iconic slasher film "Maniac" as well as other great movies like "Walking The Edge" and Bill Lustig's "Vigilante".

This is also the first film Fred Williamson directed since "Mr. Mean" in 1977 and he would go on a bit of a run by directing 3 movies in the next year including "The Big Score" which would bring back Roundtree, Spinell as well as genre all-stars John Saxon and the late D'Urville Martin.

The tagline for One Down, Two To Go was "Forget the A-team. This is the kick-ass team!"

Be sure to hear one of Williamson's all-time great lines near the end of the trailer.