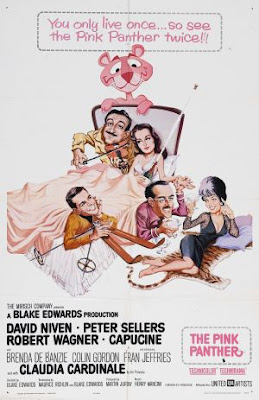 This is not the type of film usually featured on this site but I wanted to show it simply because you never see trailers like this anymore.

Animation and quirky title sequences were abandoned in the early 90's with few exceptions so watching something like this is an obscure experience in the post-ironic age of modern comedy.

It also doesn't hurt that the Pink Panther is a near perfect comedy that never gets old.
Posted by Jeremy Milks at 2:08 PM